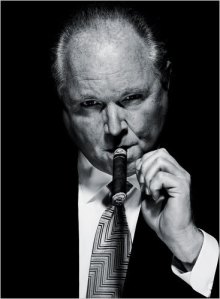 In the movie “Definitely, Maybe“, Dakota Fanning asks her philandering father the question “What’s the male word for ‘Slut’?” To which he sheepishly responds “They’re still working on that one.”

It’s sad that in this day and age, the slang word for a female who is suspected of having multiple intimate partners is still an accusatory, denigrating term (“slut”); while the nearest equivalent for a male denotes admiration or envy (“stud”).

Ultimately, this reflects the ongoing imbalance of power between men and women in this society.  While there has been steady improvement over the last century or so, our language, laws and social expectations still grant men dominance and marginalize the role of women in relationships and society; we are far from resolving the problem.

This dichotomy has been highlighted in recent attempts by some Christian leaders, and political leaders at both the State and National level, to cast the issue of reproductive rights for women as a “freedom of religion” issue.

In my own view, this is alarmingly disingenuous.  “Freedom of Religion” has always meant the freedom to practice ones’ own faith without interference from the state.  It does not include the right to impose ones’ religious beliefs on others, nor the right to practice ones’ faith in a way that causes harm to others.

So, which of the two trumps the other?  Should “Freedom of Religion” take precedence over our right to self-determination?  I think not.  To do so would push our nation in the direction of a Theocracy while turning the cry of “Freedom of Religion” into the perfect excuse for avoiding any responsibility or law that we find distasteful.

If this logic were followed, then we could claim “Freedom of Religion” as the reason for not paying taxes, or perhaps not participating in Social Security or Medicare.

Yet, we do allow for “Freedom of Religion” in certain cases, such as the “Conscientious Objector” clause that allows some to exempt themselves from military service.  However, even here, those who claim this exemption cannot walk away without cost to themselves.  They are still required to serve the nation in some other capacity, or go to prison.

In other words, our right to Freedom of Religion does not include freedom from responsibility, nor, as already stated, the freedom to impose our religious choices upon others.

Which brings me back to my opening thought, the connotations use of the word “Slut” – particularly as it was used to accuse reproductive rights activist Sandra Fluke of somehow being morally unfit to speak on behalf of women.  An accusation leveled against her by a powerful, privileged white male whose own history is clearly morally suspect.  Does this mean Mr. Limbaugh should deny himself the right to speak?

Maybe, but that it is not a decision we should make for him, since he does have the right to freedom of speech – even if irresponsible, bigoted and hurtful.  However, that does not mean he is freed from responsibility for his words.

At the very least, we should set aside the gender specific nature of the word and call a slut a slut when he is one.

Copyright (c) 2014, Allen Vander Meulen III, all rights reserved.  I’m happy to share my writings with you, as long as you are not seeking (or gaining) financial benefit for doing so, and as long as proper credit for my authorship is given (e.g., via a credit that gives my full name and/or provides a link back to this site).