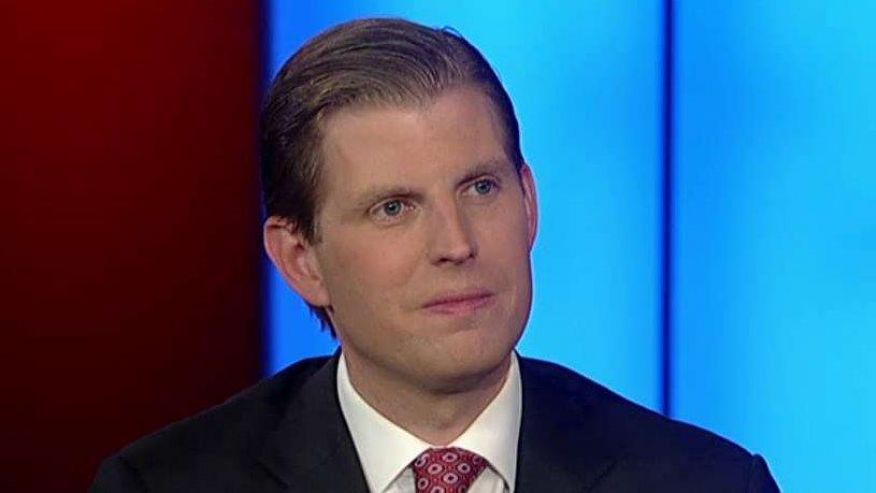 “You shall love your neighbor as yourself.”

In a recent interview with Sean Hannity on Fox, Eric Trump said that those who oppose his dad “are not even people” and then proceeded to criticize those who are calling his father names, and making all sorts of vile accusations against him.

I’ll have to admit, it’s really hard for many to take such ire seriously.  After all, no one has ever accused our current president of being a high-minded politician.  And, all of us (even his most ardent supporters) can easily recite quite a long list of derogatory phrases he has used to label those he sees as enemies.  He’s a master at the craft of name-calling and the memorable insult, we all know it.

I could go on.

We should, but we don’t.

He is also wrong.  As I showed above, calling the opposition names when criticizing them for calling you names is a zero sum endeavor: no one wins.  It just raises the temperature in the room, not doing any good aside from temporarily boosting our egos and adrenaline levels.  Taking such a road means you will never have anything but a temporary victory over your enemy.  They will be left determined to do whatever it takes to undermine you, and will undo your triumph at the earliest opportunity.  Nothing will ever be solved.

Calling your opposition names in response to their calling you names shows that you are determined to win the argument without compromise, or at least will never admit to losing it.  It says that you have no interest in working together to solve the problems that gave rise to the argument in the first place.

We voted for them.  We watch them on TV.  We repost nasty articles about them online.  We argue and fight passionately for “our” leaders and “our” viewpoints.  We hear only what we want to hear: shutting down as soon as we come across a sound bite that we can react-to in a satisfyingly extreme and nasty way.  And so, we refuse to listen to what the “other side” has to say.

We grant their point of view no legitimacy whatsoever, which is exactly what extremism is.

And so, I must point out that if you’re a Christian, then acting in this way means you are a Christian Extremist, indistinguishable from any other Extremist.  Violence is being done even if the only weapon you use is your tongue.

5So also the tongue is a small member, yet it boasts of great exploits.  How great a forest is set ablaze by a small fire! 6And the tongue is a fire. The tongue is placed among our members as a world of iniquity; it stains the whole body, sets on fire the cycle of nature, and is itself set on fire by hell.

We created this mess.  We are allowing it to continue.  It’s not their fault.  There is no “them” that needs to be stopped.

Can I buy you a coffee?