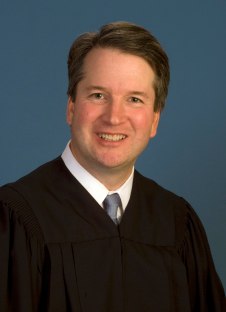 By now I’m sure you’ve heard of the accusation being laid at the feet of Judge Kavanaugh during the Senate’s Confirmation hearings for his nomination to the Supreme Court.  Namely, that at age 17, while “stumbling drunk,” he attempted to rape a then 15 year old young woman.

As we know, the Republicans are crying “Foul” because this accusation was revealed at almost the last minute before the Committee was to vote on whether to recommend that the Senate as a whole approve Kavanugh’s nomination.

Democrats have been saying all along that the process the GOP is using (what there is of it) egregiously flouts both the written and unwritten rules and guidelines that have always guided the process: shutting out all opposing or questioning voices from the process in a rush to get another conservative seated on the Court while Republicans still have control of the Senate.

As I (and many others) see it, it is more than a bit disingenuous for the GOP to call “foul” at the Democrat’s attempt to throw a wrench in the process when the GOP did exactly that with wild aplomb with regards to the nominations of hundreds of Judges for years – until they had control of both the Senate and the White House.  A case in point being President Obama’s nomination of Judge Merrick Garland to the Supreme Court.

So, the GOP will get no sympathy from me on this.  To put it another way, “What goes around comes around.”

That being said, the real heart of the matter is how one should respond to Professor Blasey Ford’s claim of Kavanaugh’s attempted rape of her.

END_OF_DOCUMENT_TOKEN_TO_BE_REPLACED 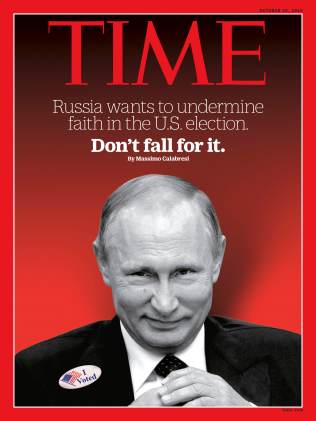 While I lean towards accepting what is being said by many in the government (and echoed throughout the mainstream media) about Russia deliberately interfering in our elections to benefit Trump, I am also aware that human beings, especially bureaucrats, tend to behave a bit like Lemmings.
So, we must ask ourselves: are these many Federal bureaus and agencies all reaching this conclusion of Russia’s deliberate interference out of independent, unbiased investigations and analysis; or are they looking at which way the wind is blowing and finding facts to fit the conclusions they feel others want to see?
Such “proof” got us into the the Second  Iraq War; and such “proof” has been the cause of much injustice and pain throughout history. So, let’s be careful about jumping to conclusions prematurely.
On the other hand, more than a few Republicans, and especially Trump’s camp, are taking this as an attack against his legitimacy as President. They’re right, it is; but it is a legitimate concern, not a manufactured one.  And frankly, if Hillary had been a stronger candidate, the validity of Trump’s election would never have become a concern.  (To be clear, I was a Hillary supporter; even though I recognize her weaknesses as a candidate.  However, this discussion is about Trump and Putin, not the validity or outcome of her candidacy.)
The way for Trump and his supporters to solve the problem is NOT to try and discredit the concerns and accusations, or to try sweep the whole mess under the rug.  It was hard enough for Obama due to similar (although baseless) accusations, and he swept into office with a huge electoral mandate on his side.  It will be far harder for Trump, who will be a President with a shaky mandate from day one.  So, it is in Trump’s own best interest to make sure the truth is revealed, and quickly – even if the accusations turn out to be true. Otherwise, he will find himself to be a President that few see as legitimate and whom no one pays much attention to, outside of an ever-shrinking circle of devoted fans.
Our faith, and our Democracy, are both intended to help us to find Truth in spite of ourselves.  So, let’s make sure we take the time to allow the Truth to be made known.