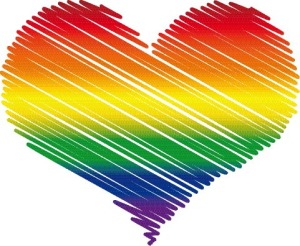 Todd Starnes, host of Fox News & Commentary on Fox radio, recently posted an article that supports a pledge recently signed by many Religious leaders, in which they commit to rising up with acts of “Civil Disobedience” to highlight their opposition to Gay Marriage.

I am puzzled by this: how could “Civil Disobedience” be exercised here? “Civil Disobedience” is the act of deliberately, nonviolently and publicly transgressing a law that prohibits you from exercising rights that others can exercise without a second thought – highlighting the inconsistencies inherent in allowing some people a right that is denied to others.  Further, such disobedience is done from a position of powerlessness and humility, allowing the “illegal” act you perform to speak for itself through confronting others with the pain and injustice you personally experience because of that unjust law. The point is never to directly hurt the other, but rather to force them to see the injustice they are participating-in or allowing to happen (and therefore are complicit in inflicting upon you).

Currently, the U.S. Supreme Court is considering whether to widen the legal definition of marriage, so that anyone can marry the person whom they love.  We all know and acknowledge this will be hard to accept for some.  I think it is right and proper – and compassionate – to be cognizant and understanding of this, even though we do not share their opinion, and are not called to set aside our own expanded sense of what is just and right for the purpose of alleviating that discomfort.

But, what law could those (who oppose such a change) disobey to show how their own liberties are being unjustly limited in this case?  Refusing to serve another because they are married to someone of the same sex doesn’t do it – the only person you’d be hurting is yourself (and perhaps those who depend on you) through the resulting loss of income.