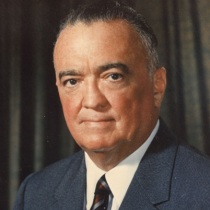 As a recent New York Times video (about the event that proved J. Edgar Hoover was on a crusade to destroy liberal dissent) demonstrates, it is natural for those in power to view ANY challenge to their authority and/or policies as a threat.  It is not much of a step from there to justify the need to silence all who oppose their policies, even though (as one of the people in this video says) “dissent is the lifeblood of Democracy.”

So, one must reflect on how the legacy of Karl Rove & Dick Cheney, Richard M. Nixon, Joe McCarthy, J. Edgar Hoover, and Albert S. Burleson (among others), proves that this temptation to squash dissent (rather than allow it to have a place in “the marketplace of ideas”) has a long and unrelenting history in this nation (let alone elsewhere!) and that preserving free speech is a never-ending and often thankless battle.

I should note that several people I know are mentioned in the FBI’s surveillance files from the 1950’s, 60’s and 70’s. Some (like my Dad) merited only a passing reference.  Others were the target of prolonged harassment and pressure, to try and silence them and/or to force them to name others as threats to the public order.

Our modern euphemism for such threats is the word “terrorist” – which is a term that has become fashionable in some circles as a label for any who dissent, used far more often than is merited.

So, in the current furor over Richard Snowden and the NSA’s spying activities, one must remember that the NSA has accumulated the largest trove of information and knowledge about the activities of millions of people that has ever been assembled – far greater than what the most repressive regimes in history were ever able to accumulate.  Whether Snowden is a hero of free speech or not, he is but one in a long line of those who have paid a great price for their attempts to shine a light in the dark corners of our government.

Can we trust that there isn’t a nascent J. Edgar Hoover somewhere within the Beltway who has access to this mountain of data?

Copyright (c) 2014, Allen Vander Meulen III, all rights reserved.  I’m happy to share my writings with you, as long as you are not seeking (or gaining) financial benefit for doing so, and as long as proper credit for my authorship is given (e.g., via a credit that gives my full name and/or provides a link back to this site).